We are a laboratory for exercise and sports based in Brussels. 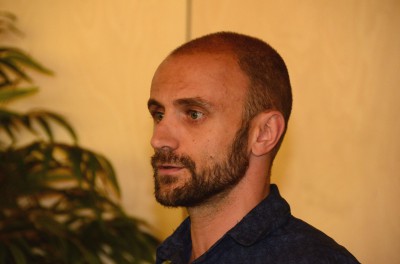 Bart Roelands is a professor at the Human Physiology and Sports Physiotherapy Research Group of the faculty of Physical Education and Physiotherapy at the Vrije Universiteit Brussel.

Physical fatigue, thermoregulation and brain neurotransmission during prolonged exercise.
Every athlete will experience fatigue on a regular basis. It may be fatigue because of a short term intensive exercise such as a 200m sprint, or the fatigue experienced by a triathlete after an 11 hour race. In exercise physiology fatigue can be defined as an acute impairment of exercise performance which leads to an inability to produce maximal force output possible due to metabolite accumulation or substrate depletion. The processes that lead to decrements in performance can occur at every level of the brain-muscle pathway and although literature made a distinction between peripheral and central fatigue, one should be aware that both pathways are integrated. This line of research focuses on the central (brain and its neurotransmitters) component of fatigue.

Placebo effect.
The placebo effect has traditionally been viewed as the effect that follows the administration of a placebo, be it pharmacological or procedural. Recent data however indicates it is a broader phenomenon, elicited by a number of environmental cues. Its effects are exerted through the actions of specific neurobiological pathways. It has been implicated in medical conditions (pain, motor disorders, depression), but it can extend beyond these to involve aspects of everyday life. Research has demonstrated the placebo effect as a powerful tool for manipulating behavioral, physiological and psychological variables. This implies that placebo effects can also influence sport and exercise. However little is known regarding the degree to which such placebo effects mimic those in medicine and health. This line of research want to fill up this gap.

Do you wish to make an appointment for an exercise test or a sports medical research?